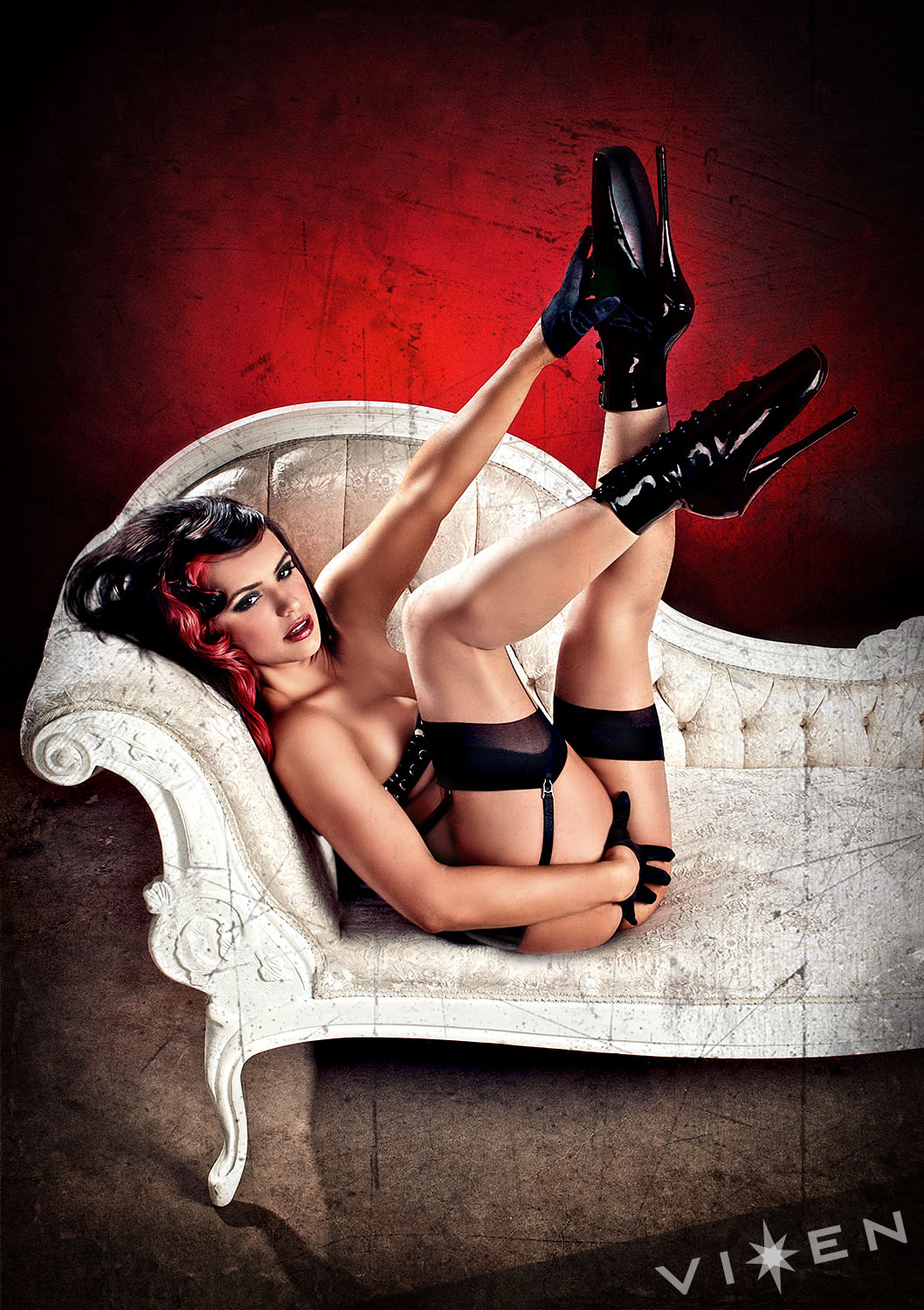 My introduction to fetish photography

I think I have done more shoots with Jacqueline Chaton than any other client. This was my second shoot with her, my first studio fetish shoot efver, and only the 4th shoot at my studio back in 2012. Jacqueline is a burlesque performer based in San Diego. She has shared the stage with my wife on countless occasions and always impresses with her passionate costuming skills and her commitment to the creative art of storytelling via burlesque. In San Diego, she is known as the queen of sparkle and Swarovski most likely owes most of it’s success to her support of cut glass.

When she approached me in 2011 for our first shoot she said that she did not just want to do a shoot, she wanted to make art. I love that spirit and the two of us have carried it through many shoots since then. This series represents our most hard core encounter and represents my first real fetish photo shoot.

It’s easy to think of fetish as taboo. But the truth is, more people are into it than you could imagine. The people I have met in the fetish community are some of the nicest and most respectful people I have met. It’s a world where boundaries are pushed and consent is key and is put on a pedestal. Since this shoot I have done many fetish shoots and have developed a deep appreciation for the aesthetic beauty of it.

My photography has grown and in many ways improved since these photos were taken, however, this shoot was revolutionary for me. Making beauty out of something as potentially grotesque as a ball gag opened my eyes to the artistic potential of fetish photography.

Thank you for this Jacqueline Chaton.

New creative space in the works!

Last week was insane! I disassembled my studio and

Last week of shoots at the studio! Saturday and Mo

Last week of shoots at the studio! Friday, Saturda

Last week of shoots at the studio! Sunday is sold

Last call to shoot with this sweet couch! I purcha

Last call to shoot with this sweet couch! I purcha

In case you missed the recent post … We are shut

Long story short… We are shutting the studio dow

Recent shoot with @lessthan.average.goddess now up

Wrap this fucked up year in a creative, sexy way..